You are here: Home / Entertainment / Toys / THE AMAZING SPIDER-MAN 2: review of the new Hasbro toys

This spring is a busy time for Marvel super heroes! CAPTAIN AMERICA is in theaters now in his second film, CAPTAIN AMERICA: THE WINTER SOLDIER and SPIDER-MAN is swinging back into theaters on May 2nd in THE AMAZING SPIDER-MAN 2. Are you looking forward to these movies? We certainly are!

Hasbro is celebrating these upcoming movie sequels with new toy lines that feature these awesome super heroes! The world of CAPTAIN AMERICA features the beloved Super Soldier, his high-flying ally, the FALCON, and a new villain, THE WINTER SOLDIER. For SPIDER-MAN, Hasbro captures the sequel’s excitement with new SPIDER-STRIKE technology, which lets the action figures activate special features on accessories and vehicles.

Maura got her hands on two of the new SPIDER-MAN toys, thanks to Hasbro, and has been having so much fun! We watched a video on YouTube a couple of weeks ago of a little boy doing some amazing things, and ever since she’s been obsessed with imagining she has super hero powers herself. Today she was slinging webs (or foam discs, in her case) and fighting villains – evil stink bugs, suspicious shadows, anything that caught her Spidey eye! 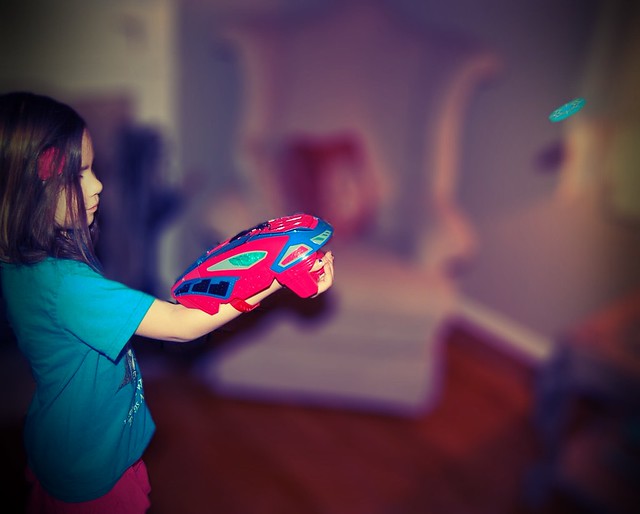 The Amazing Spider-Man 2 Motorized Spider Force Web Blaster is an electronic wrist-mounted blaster which slings foam discs up to 20 feet… made using Nerf technology, it’s super fast and easy to use. Simply load, aim, and pull the trigger to defeat the bad guys! The blaster comes with 10 foam discs and is battery operated. It shuts off momentarily when you open the hatch to reload the discs, which I really appreciate. Its retail price is $19.99 and I think it’s reasonable for all the fun it provides.

The LOOK on Maura’s face… priceless! 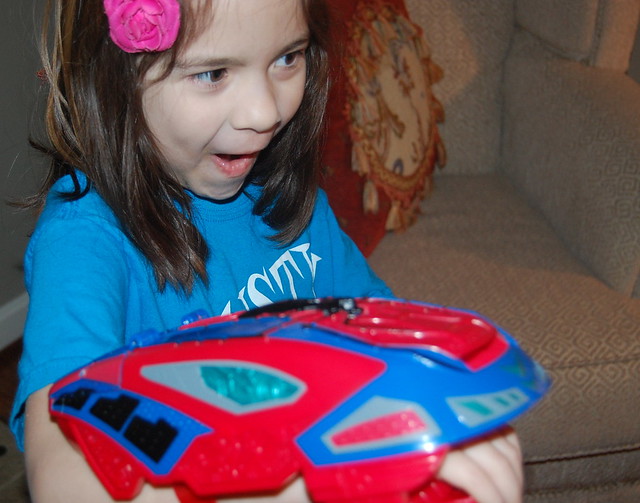 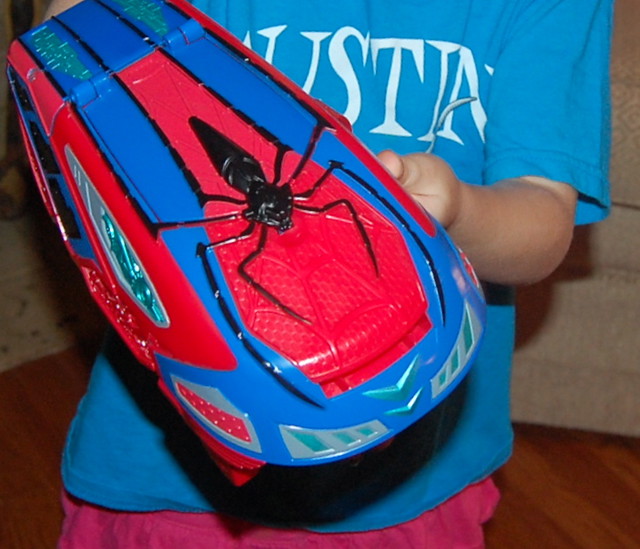 There are action figures, too! Fans can re-create scenes from the movie with these 3.75-inch figures of many of the characters in the new SPIDER-MAN film… the perfect size for little hands! There are ten figures to collect, each sold separately for $9.99. In the upcoming movie, the web-slinging super hero will square off against a powerful new villain, ELECTRO, which is the figure we have. 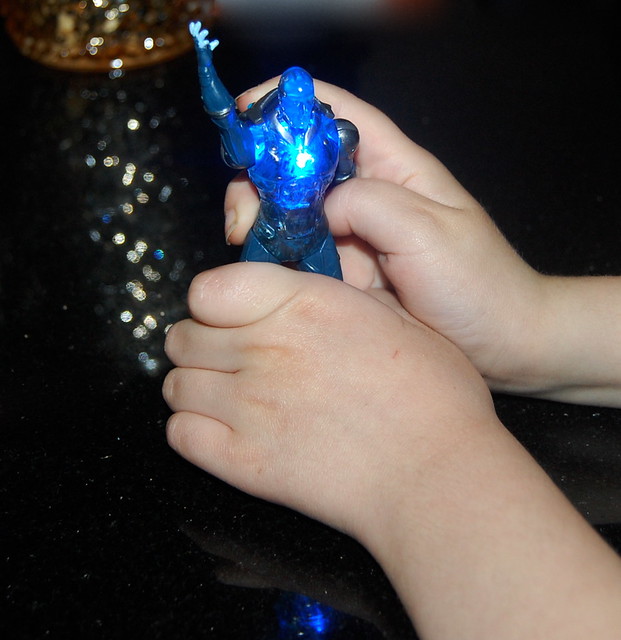 The Marvel Amazing Spider-Man 2 Spider Strike Power Charged Electro Figure has nice articulation and lights up when you put his backpack on! Very cool. Maura took him to bed to use as her night light and to ward off bad dreams! 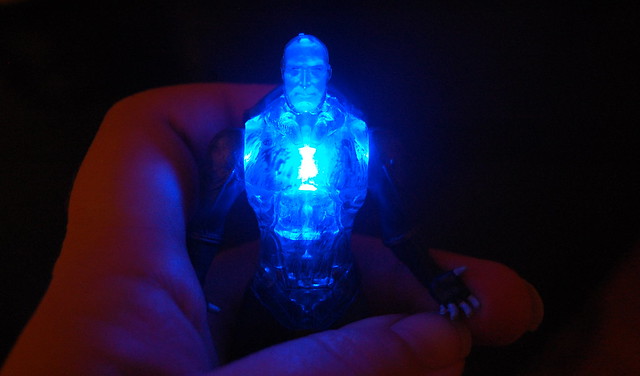 These are just two examples of Hasbro’s ongoing commitment to providing imaginative fun at an affordable price. Kids ages 5 and up will have fun role-playing with these exciting new toys that help them thwart evil in creative ways! Visit www.hasbro.com to learn more about them and the rest of the Marvel super hero toy line.

This is part of a product review campaign with Latina Mom Bloggers and Hasbro.
Complimentary products were provided, however, all opinions expressed are my own.